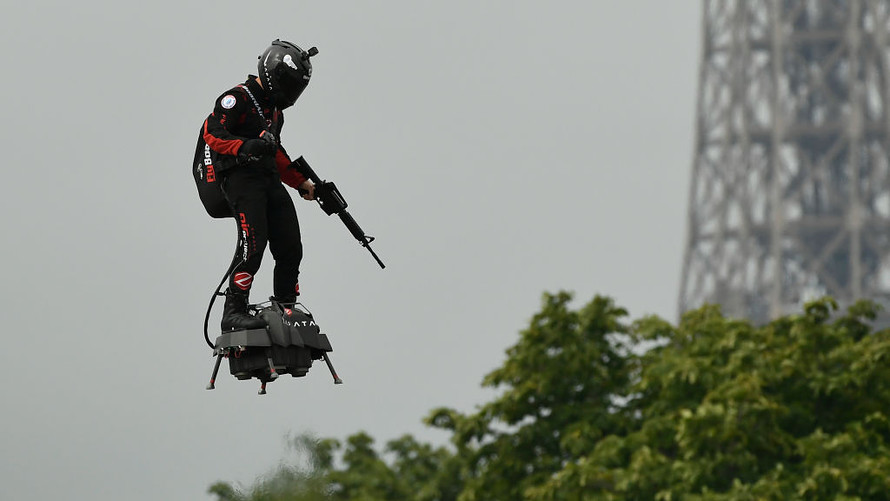 This short passage, translated from the original German into English for the first time, seems timely in the wake of the revolutionary Gilets Jaunes uprising in France. Furthermore, it merits our attention because of its title—Schönes Entsetzen. In his essay Critique of Violence, Benjamin wrote that only an Entseztung (destitution) of the state and the law could break the mythic cycle of lawmaking violence and found a new historical epoch. Appearing in the title of this short piece as a noun, Entsetzen translates best as ‘terror’.

July fourteenth. From Sacré-Coeur Bengal torches douse Montmarte. The horizon behind the Seine glows. Bursts of fire flare up and extinguish over the plain. Tens of thousands stand thronged on the steep slope and follow the spectacle. A whisper ripples through this crowd incessantly like pleats when the wind plays in a jacket. If you strain your ear more keenly towards it, something other than the expectation of missiles and flares resounds. Isn’t this dull mass anticipating a disaster big enough to strike a spark from their tension; a conflagration or world-end, something that could suddenly convert this velvety thousand-voiced murmuring into a single cry, as a gust of wind suddenly exposes the scarlet lining of a cloak? For the shrill cry of terror, panic dread, is the other side of all real mass celebration. The quiet shiver that trickles over innumerable shoulders yearns for it. In the unconscious depths of mass existence, saturnalia and conflagrations are both only games in which they prepare themselves for the moment of coming of age, the hour when panic and celebration recognize each other as long-separated brothers and embrace one another in the revolutionary uprising. The night of July fourteenth is celebrated with fireworks by law in France.